Home INSIGHT NOTES Tune in, so you don’t get tuned out…

Tune in, so you don’t get tuned out… 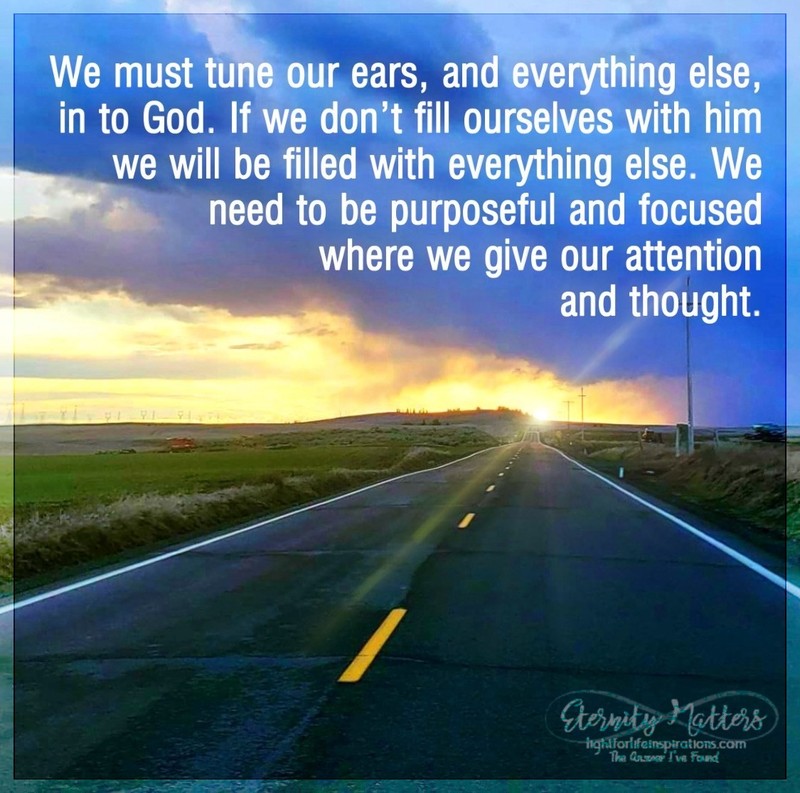 Tune in so you don’t get tuned out…

But the [Holy] Spirit explicitly and unmistakably declares that in later times some will turn away from the faith,

paying attention instead to deceitful and seductive spirits and doctrines of demons,

[misled] by the hypocrisy of liars whose consciences are seared as with a branding iron [leaving them incapable of ethical functioning],

***Explicitly and unmistakably:
The Holy Spirit is declaring that this is a sure thing, it’s a certain thing, there is no doubt whatsoever. This point is being very clearly stressed, that this will happen in no uncertain terms.

If some will turn away from the faith, then they had to be people who were/are people of faith, to begin with! It feels like those two descriptions should never fit together, however, it’s a warning to realise that there will be conditions that can cause people to be susceptible to this.

Adam Clarke Commentary:
Depart from the faith – Αποστησονται – της πιστεως· They will apostatize from the faith, i.e. from Christianity; renouncing the whole system in effect, by bringing in doctrines which render its essential truths null and void, or denying and renouncing such doctrines as are essential to Christianity as a system of salvation. A man may hold all the truths of Christianity, and yet render them of none effect by holding other doctrines which counteract their influence; or he may apostatize by denying some essential doctrine, though he brings in nothing heterodox.

***Paying attention to deceitful and seductive spirits and doctrines of demons:

It’s not hard to pay attention to deceitful and seductive spirits. We are surrounded by deceit and seduction, right before our eyes in so many ways. The deceit and seduction are getting bolder, louder and much more blatant. There’s no need to hide these things when they are run of the mill normal now.

We must tune our ears, and everything else into God. If we don’t fill ourselves with him we will be filled with everything else. We need to be purposeful and focused where we give our attention and thought.

There is an attack on our senses that seek to entice us. Enticement can also be simple things, right down to things that are pleasing to the ears.

***[misled] by the hypocrisy of liars whose consciences are seared as with a branding iron [leaving them incapable of ethical functioning]:

Which came first the chicken or the egg? Were they liars first or was it their seared consciences that turned them into liars?

The more often people come into agreement with the world and its standards and opinions, the more their conscience will be seared. It starts off slow but once it gets going things speed up. These people will be none the wiser. Other people may try and tell them, but their pride will most probably get in the way of them waking up.

How to protect yourself…

“Set your mind and keep focused habitually on the things above [the heavenly things], not on things that are on the earth [which have only temporal value].”
‭‭~Colossians‬ ‭3:2~‬ ‭

“So be alert [give strict attention, be cautious and active in faith], for you do not know which day [whether near or far] your Lord is coming.”
‭‭~Matthew‬ ‭24:42~‬ ‭

“But keep alert at all times [be attentive and ready], praying that you may have the strength and ability [to be found worthy and] to escape all these things that are going to take place, and to stand in the presence of the Son of Man [at His coming].”
‭‭~Luke‬ ‭21:36‬~

“The end and culmination of all things is near. Therefore, be sound-minded and self-controlled for the purpose of prayer [staying balanced and focused on the things of God so that your communication will be clear, reasonable, specific and pleasing to Him.]”
‭‭~1 Peter‬ ‭4:7‬~

This site uses Akismet to reduce spam. Learn how your comment data is processed.